BEAÛ is composed of Heather Golden (vocals) and Emma Rose (chorus and guitar), two native New Yorkers who came together to create music that they consider as the soundtrack of life.

Heather and Emma first started covering classics such as “Be My Baby” from the Ronettes before writing their own songs. They are very productive, such as many artists from their neighbourhood in Greenwich Village (both girls come from New York based artistic families), they never go out without a notebook and take every occasion they have to jump on stage.

The band takes its inspirations from artists they grew up with, from The Smiths to Mazzy Star, Nick Cave or Blondie but mix them successfully with a fresh sound and poetical lyrics deeply rooted in 2014. They are all made of noisy vibrations feeding emotional desperation and always pumping to the rhythm of the heart. BEAÛ is bringing organic touch to modern music, at the crossroads between pop and americana, New York and London, the 60’s and the 90’s. Kind of timeless.

They chose Kitsuné AMERICA 3 to put up their first song ‘Karma’ but it’s surely not the last considering their appetite in taking over the world.

As they say “Let the river flow, but know which way it’s headed”. 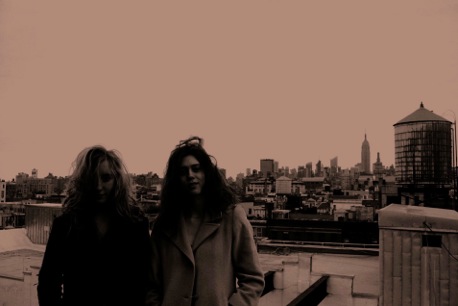 
BEAÛ Premieres "Karma" Video
Posted by NeuFutur Magazine at 10:22 AM