Dixie Dave Collins is a fixture of stoner metal. He was a force to be reckoned with during his tenure in Sourvein and the legendary Buzzov*en in the 90s. He rocks the bass with a fury in Bongzilla and Hail! Hornet, all the while fronting the drug-fueled powerhouse, Weedeater. 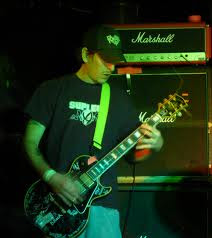 They brought their mammoth sound to Red7 in Austin on Wednesday July 3rd while playing the inside stage. Mala Suerte opened the show and are a local band that I think will garner some national attention in the near-future. They perfected the doomy sound and had a song called “Labyrinth of Solitude”. It doesn’t get much more doom than that. ASG also played. They have releases on Volcom and Relapse Records. They reminded me of a southern, stoned out version of Soundgarden. By the time they hit the stage I was pretty intoxicated and continued my adventures with alcohol as Weedeater hit the stage. 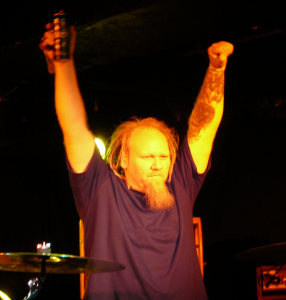 The amps were large and the sound was even larger. The drummer of Weedeater went through movements that put me in a psychedelic haze. I had never seen anyone’s arms move like that before. Dixie Dave made agonizing faces as he beat his bass into a sickening frenzy. Not even Charles Manson could match those murderous contorted glances he gave the audience. All of the songs blended together into one gargantuan explosion of sobriety destroying metal. Near the end they did a rendition of Lynyrd Skynyrd’s gun-toting, rebel anthem, Gimme Back My Bullets. Fuckin’ a. Go see this band live and get melted. 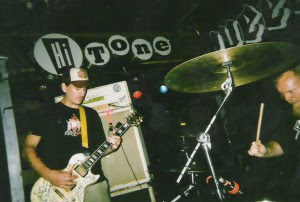