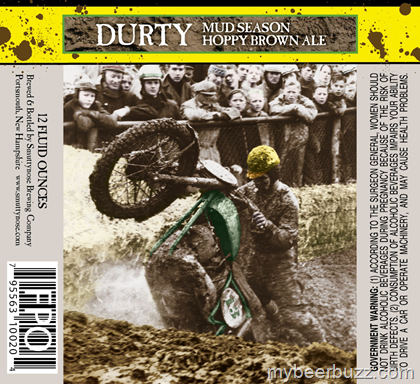 Durty is one of the best Brown Ales that we have reviewed. The beer pours with a very dark brown color, with hints of amber. The lacing of the beer remains long after each sip, while the beer itself has a very bold flavor. Malt begins the effort, while the hop bitterness pushes the effort into a whole other plateau. The 8.4% ABV  of the Durty is hidden well by the flavor profile of the beer. With a warming element, Durty represents a solid choice for the coldest days of winter while keeping a strong eye toward the melting-off of the spring season.  At the end of the hop notes, there is a sweetness that refreshes individuals’ palettes and prepares them for the rest of the beer.  At no point does the hop notes fully disappear, and it is this complexity that will keep individuals coming back to Durty. This effort is a fulfilling beer and it looks to expand the BVrown Ale style into something much more complex than many breweries would care to admit.