In a few sentences, can you give us the specific points in your life that brought you into rapping?

I always would ride with my older brother in his regal with the 12s” knocking just soaking up game from all the different artist he would play artists such as E40, AZ, Nas, Jay-Z, Notorious Big just a name a few. I remember as a kid in the 90s sneaking listening to Bone Thugs’ N Harmony cassette in my aunts stereo system I played it so much I eventually broke the tape. 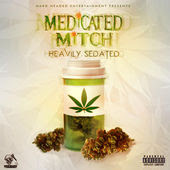 Usually I roll four blunts put the beats I made the previous night on  and just vibe out with the music, just free styling hooks trying  get a grasp on how the beat makes me feel  and the try to relay the message in the right way for people to feel. 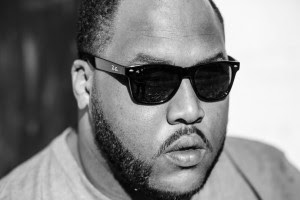 Which artists most influence your overall sound?

There are a number of different artists that have made it big in Detroit the last few years (Dej Loaf, Cash Out, Big Sean, and even those from the late-2000s like Royce Da 5’9”, Jesse James and K-Doe). Where do you fit in? 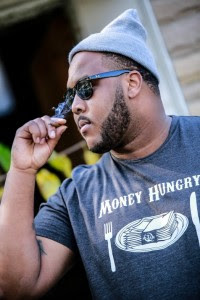 I feel like I bring dark reality but like in a comic relief way like Richard Pryor did with his comedy I feel like I speak for the people that don’t give a fuck about opinions and know who they are and from me u will get bars, and stories that come from a real place pain reality rap with a stoners mindset I’m numb to the bullshit.

Heavy Sedated is your latest album; has online or offline forms of getting your music to the people been more of a success for you?

It’s all online all of the major digital download and streaming services wish I could have promoted it a little more before I released it but the awareness is picking up, go stream it, download it or both I hope people can see  the vision and where I’m going with this rap shit.

How have you evolved since your first tracks?

Trying out different melodies and  different deliveries trying to create new sounds something new for the ears and trying to  work with new producers I usually just do all my productions I’m pushing for that right feeling, and working on my punchlines being  more thought provoking. 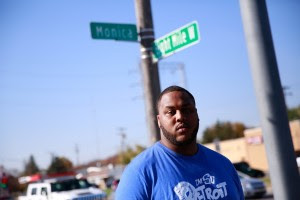 What is your favorite track that you’ve released, and what about it makes it so special?

I would have to say take a sip cause it was a real conversation, it was a real situation in my life where she would stress over nothing and I would say here take a sip have a pull life ain’t nothing but sad songs and it would make her smile and in that moment she would clear her mind and it was just me and her.

Finally, how can individuals get a hold of your music / contact you for collaborations and bookings?

The music is available on all Digital distribution here is some of the links let me know if you need more. Spotify: open.spotify.com/artist/32kf4AMqDrDoEopqvQBxx2