Over the course of the last few years, the microbrewery scene in Akron has caught fire. It makes sense that Akron would have a celebration about these breweries, and on Saturday (6/25) at The Trolley Barn (47 N. Main Street), the first Akron Ale Fest will take place. 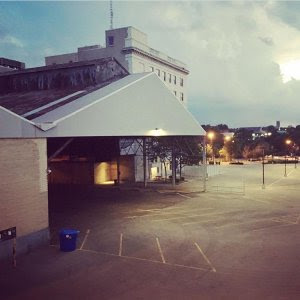 A variety of long-time and newer microbreweries will be serving at the event. Thirsty Dog, Mucky Duck, Aqueduct Brewing, R. Shea, Hoppin’ Frog, and the Ohio Brewing Company will represent the Rubber City.

Tickets are available from the Fest’s main website. The “Drinker” ticket provides one with a tasting glass and 23 tickets for samples. In order to foster a safe drive home, the Fest also offers a $10 ticket for designated drivers. The DDs of the day will be given water and 2 of Akron’s own NORKA soda.

The Akron Ale Fest is sponsored by Crafty Mart; part of the company’s impression upon the day comes in the large amount of artisans that will be selling their wares. Music will be played throughout the day.

There will be a number of food options available from 1-5 PM at the Akron Ale Fest, including Nuevo, The Orange Truk, The Pierogi Lady, Stray Dog, and the Urban Eats Cafe. As Akron is still quite the city on the rise, attendees to the Akron Ale Fest will not need to pay an exorbitant parking fee. Rather, parking by The Trolley Barn is cheap and ample. The weather for Saturday is slated to be bright, sunny, and around 85-90 degrees, but the Akron Ale Fest will continue on no matter how the skies may look.

If you’re a fan of craft beers and want to find some new watering holes, check out the Akron Ale Fest on Saturday.