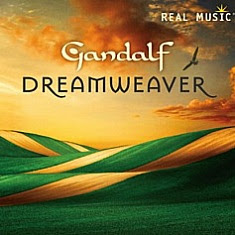 The second part of Into the Rising Sun provides listeners with a considerably different set of instrumental elements than the initial one: Gandalf is able to link together the two through sheer ability, setting up listeners for Reaching for the Sky. Reaching for the Sky weighs in at 9 minutes (the disc’s longest), providing fans with an epic composition. The different movements in this track allow Gandalf ample opportunity to weave in disparate styles and influences. What results in Reaching for the Sky is an effort that stays fresh minute after minute, with a complexity present that affords listeners multiple spins. Dreamweaver is the titular track, and represents the bridge between the first and second parts of the album. The track is relatively short (6:23), but Gandalf’s arrangements during the track provide the song with an authority that lasts long after the last note has ceased.

Dreamweaver’s second half acts nearly as a mirror for the initial offerings; Written in the Stars (Parts 1 and 2) end the track, while Life’s Blossoms touches upon some of the same fertile ground which washed over listeners during Reaching for the Sky. Life’s Blossoms approximates those years of life when everything is going well – one may get their dream job, build a family, and may even go on a vacation. During Life’s Blossoms, Gandalf’s compositions possess rich enough narrative to establish a story that needs no words.

Visit the Real Music website for more information about the company’s 2013 slate of releases, and Gandalf’s website directly for the latest news and live dates which you can see the performer.

Top Tracks: Into the Rising Sun (Parts 1 + 2), Shining Like A Jewel