How to Survive a Plague DVD Review


Though there are certainly many devastatingly sad aspects in the starkly beautiful  How to Survive a Plague  – the documentary about the early stages of the AIDs epidemic in the U.S. and the origins of ACT Up and TAG – it is also refreshing to see just how more compassionate we have become in this country in comparison.

The Oscar-nominated film follows a group of gay men and lesbians shocked at watching their friends die from this mysterious disease only to have politicians either show indifference or spew vile homophobia (ahem, Jessie Helms), forming the activist group ACT UP to bring attention to the disease and pressure the government and pharmaceutical companies to start paying attention. 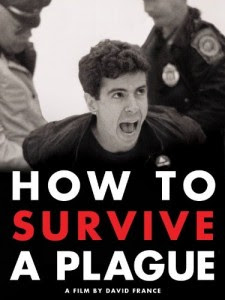 How to Survive a Plague DVD Review
Posted by NeuFutur Magazine at 10:48 AM