The Innerspace EP is the latest release from In Orbit, and it contains five tracks from this Perth (Australia) band.  Cure is a great introductory track for In Orbit, placing the band firmly in the NWOBHM style of Venom, Mercyful Fate, and early Twisted Sister. The band gets into a groove that would make Suicidal Tendencies and Anthrax proud; In Orbit is able to infuse these traditionally-styled cuts with something vibrant, current, and contemporary. 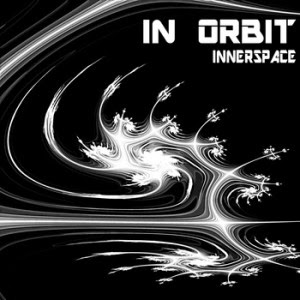 Still of the Night begins with a hard-edge guitar line that is reminiscent of Metallica or early Megadeth. The arrangement that begins this track is able to create a cogent narrative that is further bolstered through intense vocals and a chugging, grinding sound. The band’s technical virtuosity is shown off well during this cut, which peters out at the three-plus minute mark. Innerspace keeps things dark and dank, with In Orbit creating a track that touches upon Pantera and Machine Head, needing little more than guitars to create a lush musical soundscape. For a two-piece act (Cissi and Tarik share the duties here), the resulting tracks are some of the fullest I have ever heard.

Individuals that are interested in purchasing a copy of Innerspace can buy it from In Orbit’s Bandcamp; make sure to visit the band’s other social networking websites for the latest in information about music and the band. There may only be five tracks on the Innerspace EP, but the range that the band exhibits here provides listeners with a good sense of where the band will go in subsequent recordings.