Shudder Inside My Head CD Review

Inside My Head is the current release from Detroit’s Shudder, providing listeners with a solid collection of tracks that paint a full picture of the band’s styles, influences, and technical skills. Black and White is a track that blends together the technical virtuosity of bands like Tool with the emotional fury of metalcore acts. Of particular note during this track has to be the sizzling guitar work and the supremely intricate drum line that weave their way through the effort. Change? Gets things much more gritty and grungy, while the band crafts a track that would work nicely on rock radio rotation. The production of Inside My Head allows each of the disparate elements of Shudder to shine even as each subsequent effort showcases a cohesion that few bands could create. 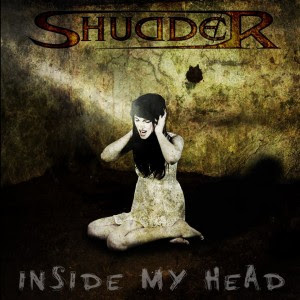 Clarity is the final full track on Inside My Head, and it begins with a guitar line that has all of the speed of Avenged Sevenfold and the technical ability of Dragonforce. The groove that Shudder gets into will immediately draw fans in, while there is a narrative that is created before the vocals kick in that locks listeners firmly to chairs. When the vocals take the spotlight, what results is something hard, heavy, and utterly passionate.

Make sure to visit the band’s website for information about tour dates, the band members, and a store for all of the Shudder merchandise. Here’s to hoping that the band will be able to create a full length in the next year that builds off of some of the same trends, styles, and influences that were touched upon with the Inside My Head EP. Check out the band at Birchfest (Birch Run, MI) on August 9th and in Akron, Ohio at Chucks on August 23rd.


Shudder Inside My Head CD Review
Posted by NeuFutur Magazine at 5:57 PM