2013 marked the tenth anniversary of Pestilential Shadows, one of Australian black metal’s longest-running and most revered forces in the underground. After a decade of darkness, Seance Records now unleashes their fifth full-length album, Ephemeral, set for international release on October 31st. Ephemeral retains Pestilential Shadows’ signature poetic heaviness and melody but twists the dagger deeper into the soul. It is gritty and raw, driven by heart-wrenching emotion and fathomless despair. It quickens the blood with bitter poison and, like its namesake, reminds us that life is fleeting – merely a transitory state between birth, death, and nothingness. So, as surely as the scythe falls indiscriminately on young and old, rich and poor, know that death touches us all. We are Ephemeral. Cover and tracklisting are as follows: 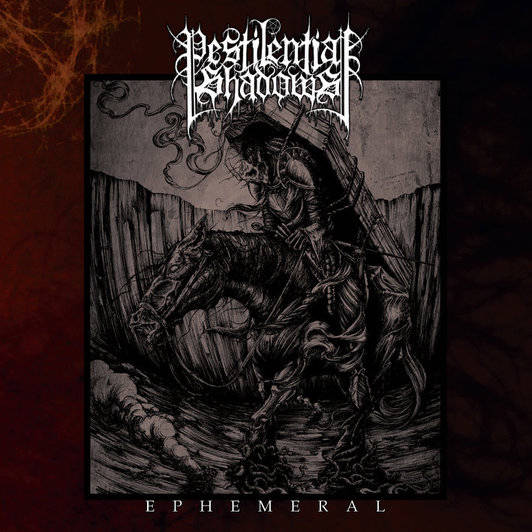 7. Expire
October 31st, 2014 – that day of the year when the veil between the world of the living and the dead lifts – marks the official worldwide release of this stunning album from one of Australia’s finest black metal acts. Somber & melodic traditional black metal for fans of Leviathan, Lurker of Chalice, Dawn, Lord Belial, Klage, Kvist & Weakling.