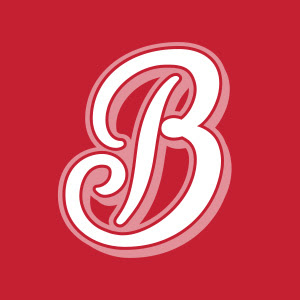 The restaurant’s house salad is a great value with its price, serviced very quickly with the correct dressing. Their Ultimate Pepperoni pizza had two types of pepperoni; Boston’s sauce is the perfect blend of sweet and spicy. The pizza was simply one of the finest we have had in the Columbus area. For those wanting a different take on Italian cuisine, the spicy chicken and alfredo contains a great portion of chicken while having a creamy, somewhat spicy cause enveloping the protein and the pasta. Boston’s cream pie contains a great amount of brandy butter, ensuring that the dessert melts in one’s mouth. For those that want to have a more substantive Boston’s cream pie experience, the dessert also comes in an original style chilled with chocolate icing.

For those individuals that wish to experience a variety of beers, Boston’s The Gourmet Pizza has 15+ beer taps, with a number of independent breweries providing their efforts (Bell’s and Lagunitas were two when we were there). There is a considerably wide Happy hour, offered from Monday to Friday from 3 to 7 PM. There are a variety of different offers which take place here – examples included $1 off 32 ounce beers, $1 off glasses of wine, and a further discount off of their starters (appetizers). The ready-made drink menu is spectacular, with the Ultimate 1800 Margarita existing at the perfect price and taste point.

The restaurant has situated itself as a sports-friendly atmosphere, with a large amount of large flat screen that had a variety of channels to watch. The restaurant has cigarettes and lighters available for purchase for those that will be going to any of the numerous venues and events that take place through the week and weekend in Columbus’ Arena District.

The restaurant is replete with Columbus sporting memorabilia, which will undoubtedly inspire fans of the Crew, Clippers, or the Blue Jackets. Boston’s The Gourmet Pizza is the perfect all-ages restaurant that has more than enough twists and turns for the adult set. Pick up a parking space (there is on-road and garage parking available throughout the whole of the Arena District) and pick up a meal from Boston’s The Gourmet Pizza, located on West Nationwide Boulevard.