The story behind Slinger could easily be transformed into a television show or movie. The band has been around for a number of years, far enough back in history that they committed their first recordings to a reel-to-reel. The act poured their hearts and souls into their work, and were able to garner considerable support in and around the Orange County (California) area. 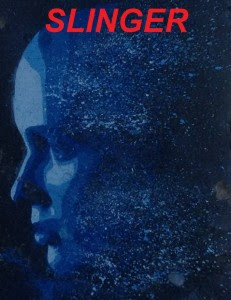 Donnie Reed – a font of inspiration for the band – perishes in a motorcycle accident, forcing Slinger to hang up instruments and move away from music. A considerable amount of time – twenty years – passes while Slinger is able to make a name for himself outside of music. A number of interesting coincidences occur in a short period of time, re-igniting the spark. After a set of calls, Slinger is able to find the missing puzzle pieces. Jeff Dostis, a member of the band from years back, is located through a song hosted online. The two musicians are able to lay down an intimate and down to earth track in She Sets Me Free.

What would have normally been a one and done with two musicians going their separate ways becomes something much more intense when both Slinger and Jeff are able to continue working together. The songs are coming forth like they did when the band was still are their peak. Older and wiser, Slinger are creating music that will impress fans of any rock genre. The act is releasing samples from their tracks to www.slingermusic.com/ for fans to listen to. Unlike other acts, Slinger honestly cares about their fans – they want listeners to let them know what they think about their tracks in progress. Make sure to visit their website for these samples or for further information about their new CD, Beat the Odds.  Slinger’s Facebook – www.facebook.com/dave.slingermusic.5 – is updated regularly and allows for another venue in which fans can converse with Dave.


Slinger Feature
Posted by NeuFutur Magazine at 7:59 AM