Jeff Bobbin is a musician that is looking to expand the progressive metal genre into bold new directions. Calling Orlando, Florida his home, Bobbin’s band The Conduit has just released the Six LP. This disc begins with a cover of a Tesseract track (Perfection) which Bobbin has twisted and contorted into his own unique style, providing the proper momentum that listeners need to stick through the rest of the album. The middle of the album reaches new highs with a two-piece track, Intention. While the tracks are solid enough to be enjoyed on their own, the two pieces unite to create something that is absolutely epic. 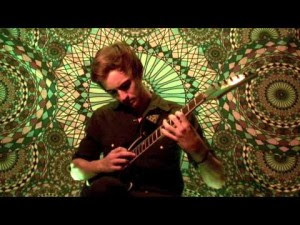 Six’s latest release is given additional legs through a production that allows the disparate elements of the band to shine on their own and as one cohesive unit. The tracks are oriented in much the same way; while it is easy enough for a listener to fire up The Conduit’s website and hear some of the efforts from the Six EP, the full album will yield a completely different set of influences, styles, and overall approaches taken. Bobbin’s music is rooted into earlier hard rock and classic metal traditions. This means that the guitar work touches upon early bands like Black Sabbath and Led Zeppelin while keeping things current and contemporary. Hints of Dream Theatre, Build Guardian, and Dragonforce can all be discerned in the space of a solitary track.

Visit The Conduit’s website at jeffbobbin.blogspot.com/ and Bobbin’s personal websites at twitter.com/jeffbobbin and jeffbobbin.bandcamp.com . Both websites will provide readers with the most up to date information about the band, their releases, and any other live dates that they will have. Technical and progressive metal have been given the short end of the stick the last few years, but The Conduit is a band that will be able to restore some of the luster to each of these genres. If you fancy yourself to be even the most casual fan of metal, make it a point to pick up Six and see what all the fuss is about.


The Conduit Feature
Posted by NeuFutur Magazine at 8:02 PM