The Boston Red Sox were the 2013 World Series Champions, and this documentary showcases the nail-biting intensity that marked each game of the World Series. The 90 minute runtime of this documentary provides ample time to go into the nuance of the team’s journey, all while touching on the individual contributions that fed into the victory. The clarity of the footage is astonishing, providing viewers with the next best thing to actually being in Busch Stadium or Fenway Park.

There are a number of additional features that are present on this release. This means that there is a crisp and clear copy of “The Beard Came Here to Party”, a music video meant to amp up fans, and a highlight reel of the most memorable moments of the series. A set of features look at individual players (Dustin Pedroia, David Ortiz) and the whole team (the Red Sox Clubhouse). The massive amount of outpouring that the city of Boston had for their team is captured in another featurette; A&E have successfully captured all angles of the Red Sox’s rise to winning another championship.

A copy of the 2013 World Series Champions DVD can be purchased at a bevy of online and physical retailers.  Look to spend around $20 for the DVD; a Blu-Ray version is also available. 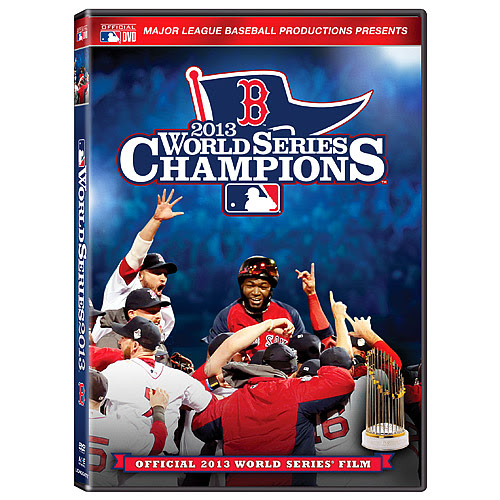