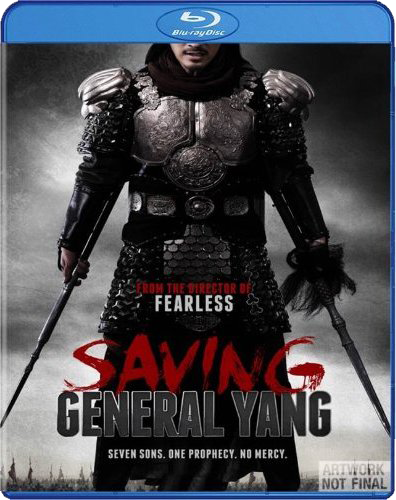 Saving General Yang is set in the years before 1000 CE, and shows the sheer grit and determination that a set of seven sons have in dispatching a military force that is hundreds of times larger than they. This film gracefully takes up a wide set of styles; charisma and honor fuel on this war epic, historical drama, and action film. Well Go’s release has both the Mandarin and the English dub present. The Blu-Ray edition of the film is utterly stellar in terms of visual and audio quality. The same gravitas that is depicted on screen is transferred over to the English script, while the video quality is comparable to the initial theatrical print. The movie is able to tell a massive story in 107 minutes; there is nary a moment here that does not further the overarching plot line. While over 1000 years have passed since this event occurred, the same quality of human character is present today. This familiarity will ensure that viewers stick with Saving General Yang until the very end.

The Blu-Ray edition of Saving General Yang comes with a few added features. This means that viewers will be treated to a look into the process of making a convincing and accurate period piece. The sets of interviews that are presented on Well Go’s edition are similarly impressive, showcasing the different experiences that the director and cast each had during the creation of the movie.

Saving General Yang can be purchased at well-stocked video stores and from online retailers alike. A copy of the Blu-Ray will run about $26 when it is released on December 10th.