After almost exactly a year to the day since the release of The Mystery Of Heaven (the collaborative LP from lutist Jozef Van Wissem, and filmmaker Jim Jarmusch) comes this brand new music video for the track “Etimasia”. The video was directed by filmmaker Jacqueline Castel, who has directed roughly a dozen music videos for several artists on Sacred Bones Records. Castel gives her director’s statement here: ”Astrological omens and messianic prophecies inform the video for Etimasia, which charts the phases of an annular solar eclipse.”

The results are absolutely stunning, and it is a bit curious to see this video come just a week after the last solar eclipse. Check it out below!

Jim Jarmusch and Jozef Van Wissem met on the streets of New York in 2006. They shared a lot of interest and background so a collaboration and a friendship was born. Jarmusch was looking to have Van Wissem compose a score for a film he had been trying to make for years, what he described as a “crypto-vampire film” about two lovers, outsider types who have been in love for hundreds of years. Van Wissem’s work comes from a tradition of avant-garde minimalism and lends itself well to the director’s stark cinematic works. Jarmusch has played guitar in bands on and off since the late ‘70s. Van Wissem’s compositional style involves hypnotic circular musical phrases that allow for a lot of contemplative space between the notes.

Their first live performance was in Issue Project Room in Brooklyn in October 2011, where they appeared together for a Van Wissem curated concert program called “New Music for Early Instruments.” The idea for their first album, Concerning the Entrance Into Eternity (Important Records) developed from their live performance. Jarmusch has said that he considers these songs as Van Wissem’s compositions, and sees himself as someone filling in the background to Jozef ’s foreground, like the “scenic” on a film shoot, the one who paints the backdrops. “The sound of the lute is as bright as the sun, a beautiful red color and my stuff sounds sort of like the moon, more like blue, like mercury.” This newest album, The Mystery of Heaven was recorded in New York with help from hypnotic Tilda Swinton on guest vocals. 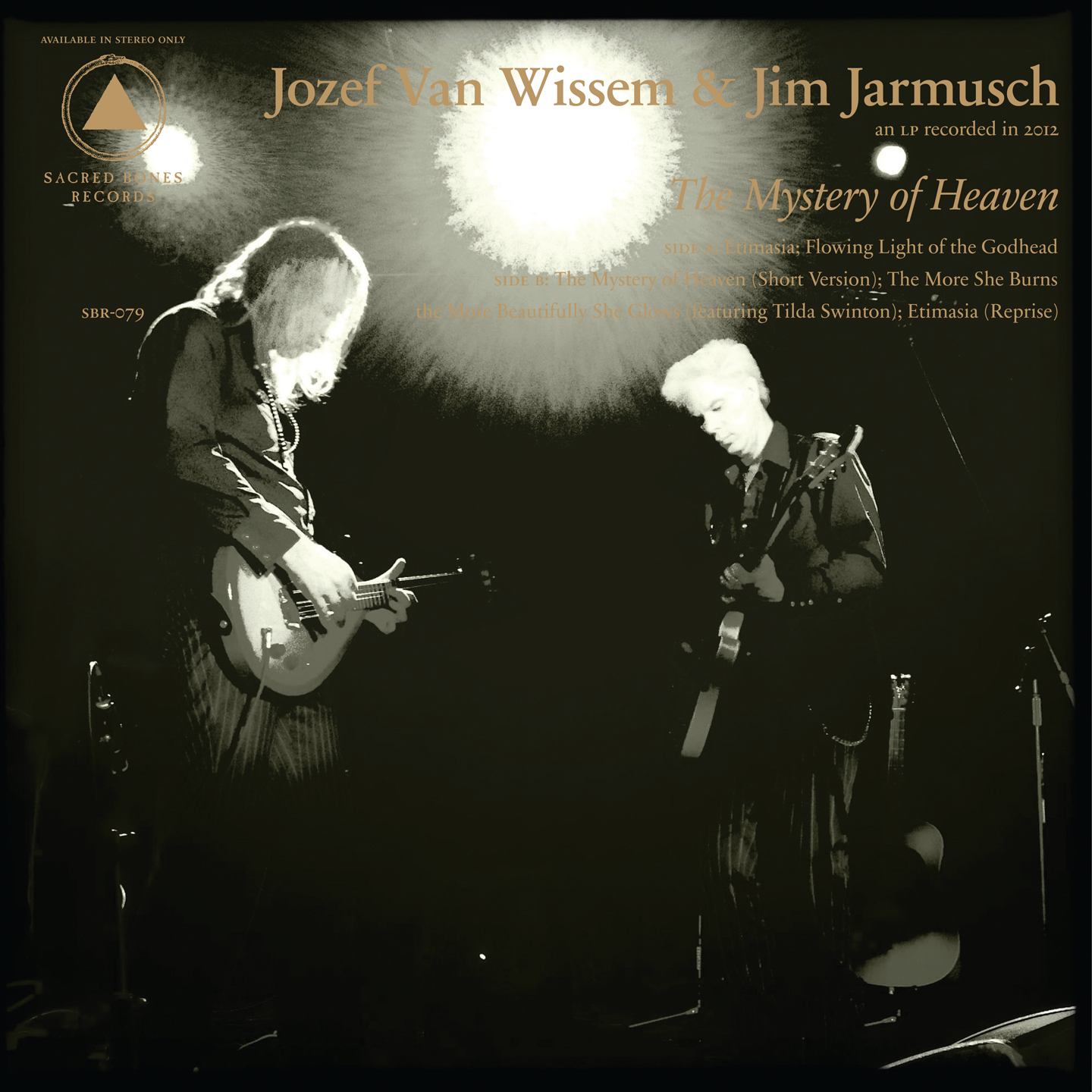