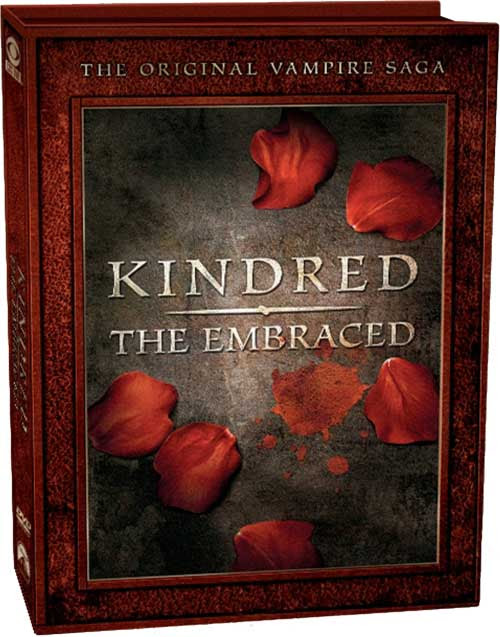 Kindred – The Embraced: The Complete Series contains the show’s entire run of 8 episodes. Kindred – The Embrace focused on the rich White Wolf (Vampire: The Masquerade) universe, and deftly combined political intrigue with love elements. An all-star cast (Mark Frankel, Stacy Haiduk, and C. Thomas Howell) ensure that viewers will be at the edges of their seats. Five clans strive for dominance in a world in which vampires exist, all possessing their own idiosyncracies and alluring characters.

This comprehensive release provides viewers with a number of bonus features. A set of audio commentaries provide a look into the minds of those behind the camera for “Kindred: The Embraced”, “Romeo and Juliet”, “Bad Moon Rising” and “Cabin in the Woods”. A number of deleted scenes provide further context and fleshing out of the Kindred: The Embraced world. I personally liked the inclusion of episode recaps, an inclusion which impresses on viewers the specific storylines that were weaved through the season.

The video quality of each of these episodes is incredibly sharp; each of the show’s episodes are further bolstered by a crisp audio track that allows dialogue to easily be discerned and a rich soundscape to further bolster the immersiveness of the show. Kindred – The Embraced: The Complete Series can be purchased at online and physical retailers at around $35-40. This release represents the most extensive K:TE collection available. A strong buy for a holiday or birthday gift.