The new expansion for Magic: the Gathering is set to be released on February 1st, and we were given a special sneak peek into the set.
The Gatecrash expansion captures the exploits of five guilds – Boros (Red/White), Dimir (Blue/Black), Gruul (Red/Green), Orzhov (Black/White) and Simic (Blue/Green). Each guild has their own keyword. We were able to test out the Dimir Dementia Intro pack, consisting of blue and black cards focusing on the Dimir guild. This deck focused on the new cipher mechanic, which allows players to cast a spell each time the ciphered creature does combat damage to an opponent. This means that an effect like Whispering Madness (2UB), which forces players to discard their hands and draw cards equal to the largest amount of cards held by a player, could happen four or five times in a game. Boros has battalion, a buff that occurs when more than three creatures attack, while Orzhov has extort, an extra mana cost that pings an opponent for 1 damage and grants the Orzhov player with 1 life. Gruul has a set of combat tricks called Bloodrush that bolsters attacking forces should a mana cost and a discard occur; Simic allows creatures to evolve, or gain +1/+1 counters when a creature with a greater power or toughness enters the battlefield.
Two planeswalkers are present in this expansion – Domri Rade (Red/Green) and Gideon, Champion of Justice (White). Domri Rade allows players to either fight creatures (assign an attacking/blocking pair), stockpile creatures in hand, or get a game-changing emblem that grants double strike, trample, hexproof, and haste. The latest Gideon provides a +1 ability that gives Gideon loyalty counters to the tune of enemy creatures, while his 0 ability turns him into an indestructible soldier that cannot be damaged. The -15 ability exiles all other permanents. Players will be able to go to their local gaming store or department store to purchase packs, intro decks, and fat packs.
Rating: 9.3/10 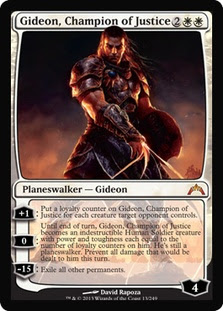 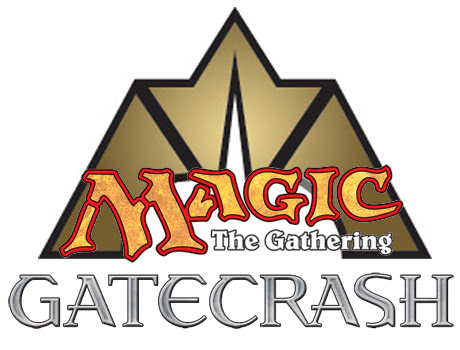 Magic the Gathering: Gatecrash Review
Posted by NeuFutur Magazine at 1:53 AM