Climb Like Ivy Does begins with Reign of Clouds, a high-energy track that links together acts like Pendulum and Queens of the Stone Age with a much more late nineties / early oughts Deep Elm meets Chicago emo sound. The production of the tracks on Climb Like Ivy Does is stellar, allowing every guitar line, bass riff, and authoritative drum beat ample time to shine. Shyest Kindred Spirit has a funky, hooky sound that pushes catchy vocals and emotive instrumentation into a wholly higher plateau. There is a sadness and weariness that the band is able to showcase during this track, giving listeners an entirely higher level of complexity. 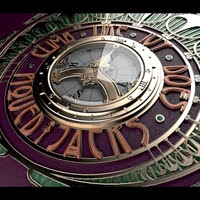 Home Is Forever keeps things slower and more fuzzy; the vocals are able to break out and shine brightly. The track will worm its way deep into the minds of listeners, while the intricate arrangements crafted by the band will require numerous listens before understanding everything that the band has placed. Gift Handed Down For Generations is a late-album track that will immediately get listeners to stand up and pay attention. The band is able to move between slow and fast, establishing a momentum that speeds up and slacks off for the greatest potential belief. There is a harder edge to Piqued Jacks that becomes evident during this track]k that will provide fans with some indication about where the band will go on subsequent recordings.

The album will be released on January 26th. Make sure to visit the Piqued Jacks’ main domain for further information about the band and their social media accounts for all of the latest news and samples from Climb Like Ivy Does.

Top Tracks: Reign of Clouds, Gift Handed Down For Generations