The song, entitled “Judas Among Twelve,” has been posted as a promo video at
this location. This is CENTURIAN’s first offering of new material in 11 years. Contra Rationem is slated for a 2013 release via Listenable Records.

Main songwriter Rob Oorthuis commented on his vision about the authenticity, core and strength of the new album :
“Contra Rationem is an adversive record in the broadest sense of the word. It lacks all the ethics of contemporary productions. Leaving only the dynamic range of decay and rats exploring your skeleton. Through the rattle of bones…One might even hear flesh on instruments. We keep our death metal under-produced. All songs were nailed with conviction, without hesitation, in one take. Guided only by tongues of fire descending upon our heads. Uncorrected. As real as we are not.” 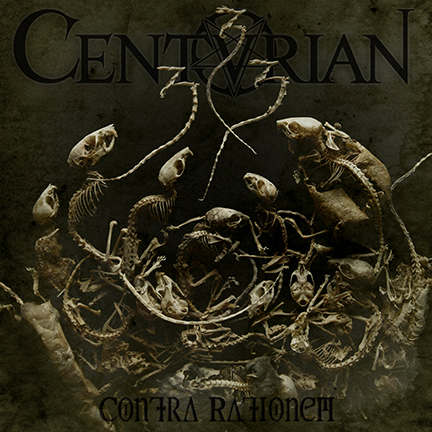 Thou Shalt Bleed for the Lord thy God
Crown of Bones
Feast of the Cross
Judas Among Twelve
Antinomian
The Will of the Torch
Sin Upon Man
Damnatio Memoriae
Adversus
www.facebook.com/Centurian333
www.centurian333.com

CENTURIAN Debut New Song - "Judas Among Twelve"
Posted by NeuFutur Magazine at 9:11 AM