Superhuman Happiness' 'How To Survive A Plague' Score

Since its recent release, the feature-length documentary film ‘How To Survive A Plague‘, accompanied by its compelling original motion picture score performed by Superhuman Happiness (with special guests Kronos Quartet), has been moving audiences nationwide. The documentary goes behind the scenes of the groundbreaking work of HIV/AIDS coalitions ACT UP and TAG (Treatment Action Group) in the 1980s. The music accompanying the above vignette, which just premiered on Huffington Post’s Gay Voices, is described by composer/musician Stuart Bogie of Superhuman Happiness as an “urgent piece that was written to reflect the dire circumstances, the fragility of life, and the tenderness of the home treatment.” Proceeds from the soundtrack, which was released December 4, will benefit the Student Global AIDS Campaign.

In addition to the score, Superhuman Happiness will release their first full-length album, Hands, out March 5, 2013, on The Royal Potato Family. The relentlessly creative band whose sound has been dubbed “physical cinematic dance rock” has crafted an LP that runs the gamut from celebratory syncopated handclaps (“Our Favorite Part”) to the coronation grandeur of church bells (“Second Heart”), from art-pop dance beats (“See Me On My Way”) to math rock angularity (“Half Step Grind”).  The lyrics to Superhuman Happiness songs come at you in a flurry of pop sensibility, but lean metaphysical, peppered amid the vastness of cinematic layers of instrumentation. Guitarists Luke O’Malley and Ryan Ferreira trade highlife picking and revving power chords as Nikhil Yerawadekar’s ropey bass lines weave and bob through the pulsing beats issued from Miles Arntzen’s drum kit. Waves of sound issue from Jared Samuel‘s array of analog keyboards and lush accents from Eric Biondo‘s playful harmonies. Stuart Bogie’s horns—abetted by long-time collaborator Colin Stetson—round out Hands’ multi-dimensional sound.

Superhuman Happiness became known in Brooklyn for ecstatic dance parties at the famed club Zebulon where they’d often improvise extended versions of their songs. The band’s reputation further grew upon touring nationally with artists like Rubblebucket, Marco Benevento and Red Baraat. Prior to their forthcoming full-length debut, Superhuman Happiness released an EP and a series of 7-inch singles, while collaborating with Cults on the Red, Hot & Rio 2 compilation. Its members are all key NYC players with a collective resume that stretches across a dizzying array of talent, including Antibalas, Phenomenal Handclap Band, TV On The Radio, Iron & Wine, tUnE-yArDs and Martha Wainwright among numerous others. It’s together, however, where their individual voices coalesce into one shared vision. As Hands so vividly expresses, this is music striving for Superhuman Happiness. 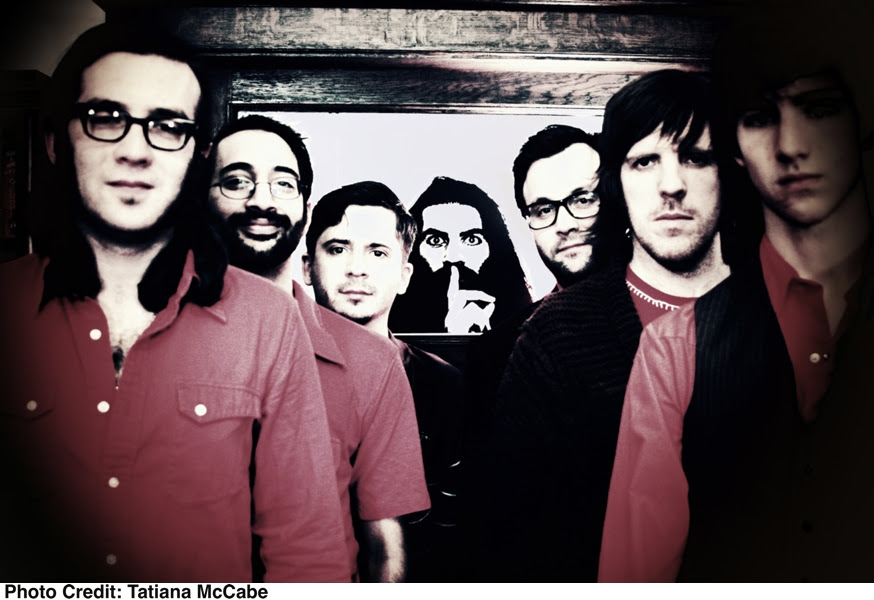 
Superhuman Happiness' 'How To Survive A Plague' Score
Posted by NeuFutur Magazine at 7:05 AM