The RockTronix are an all-star act that are looking to take the world by storm with their latest effort Magnificent Obsession. The specific constellation of influences and style that the band brings to each of their compositions on Magnificent Obsession ensures that listeners will both be on the edges of their seats and have no idea where the act will take them. Surrender is a tremendously introspective track that is able to possess more of a narrative quality to it than any song on the radio just through the skillful interaction between the three members of the act. Chris plays guitar, Joseph plays bass, and Wayne plays drums in the band but the overall sound of the act is as cohesive and unitary as possible. While listeners will be able to hear the disparate pieces on The Calling, there is such an honest and dense composition that additional listens will be required to fully understand the track’ depth and breadth. Hard Eight is a laid-back piece of soulful rock that ties together blues, jazz, and funk into a taut bundle; the interplay between the sizzling guitar work and the punctual percussion will stick with listeners long after the song (and the rest of Magnificent Obession) has ceased. Jack In The Box is a track seemingly culled from the mid-seventies, with a very gritty aural cityscape that is crafted by each of the constituent members of the band. 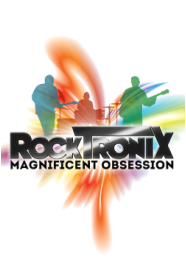 The documentary Magnificent Obsession goes into tremendous detail surrounding the band, the creative process, and provides listeners with faces to match the tremendous music that The RockTronix have created on their debut album. I feel that watching the documentary is similar to listening to an audio commentary for a feature film – there is just so much in the way of context that is provided with the interviews, rehearsals, and live performances that will further increase a listener’s appreciation for The RockTronix. 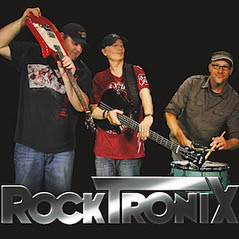 Make sure to visit www.therocktronix.com/ for more information about The RockTronix, further information about the documentary and the songs culled from Magnificent Obsession, and any tour dates which they will be playing in the recent future. Here’s to hoping that The RockTronix will be able to continue to build off of the tremendous debut that they have released in Magnificent Obsession.


The RockTronix - Magnificent Obsession
Posted by NeuFutur Magazine at 3:43 PM