By The Gun Blu-Ray Review

By The Gun is a film that rapidly reaches a break-neck speed, capturing the life and times of a newly made mobster, Nick (Ben Barnes, The Chronicles of Narnia, Dorian Gray). Nick things that things will change for the better after settling into his new digs, but things could not be more wrong. While he is the only individual directly in danger, collateral damage ensures that those he loves – Ali (Leeghton Meester) are affected. Forced to make a major decision, Nick has to consider deep down whether he can leave mafia life. 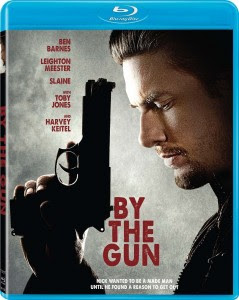 By The Gun sets up a nice distinction between the dark and seedy criminal underbelly and the potential promise of a life free from danger and harm. The taut plot means that nothing feels incomplete, while the film does a great job in making the otherworldly aspect of the mafia slightly more realistic. The title is able to slot in veteran actors like Harvey Keitel to keep the film engrossing; Keitel’s run as Salvatore Vitaglia is impressive as Vitaglia possess the raw power and authority that one would expect at the more senior levels of the mob.

There are a few special features present on the By The Gun release; the deleted scenes are interesting on the whole, providing a more in-depth examination for the actions taken during the film. This Blu-Ray will be available for around $15-20 from well-stocked brick and mortar locations and numerous online retailers; By The Gun is a must-have title for anyone that is a fan of criminal or mobster flicks.


By The Gun Blu-Ray Review
Posted by NeuFutur Magazine at 10:58 PM