How did your latest single, Have Mercy Oh Lord move from initial thought to finished effort?

“Have Mercy Oh Lord” is the very first single to be released. is a song I believe needs to be heard. This is a plea to God for Mercy. In this day and age where there is so much violence, war, corruption and darkness in the world. God the creator of the whole universe is the only one we can turn to for Mercy, Guidance and protection. He is our Peace.

The Featured Artist is Felix Odion, and it was recoded at the Incubator Recording Studio in Melbourne Australia. 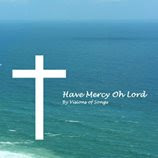 What was the recording process for Have Mercy Oh Lord video like?

The video will be out soon !

What is the role of faith in your music?

The role of faith in my music is of paramount importance. As I use it as a channel to express God in my life and preach the gospel and let the whole world know that God is real and that he is a rewarder of those who diligently seek him.

I love all styles of music as long as the lyrics glorify God. The artists that first influenced me include Panam Percy Paul, Jeith Green, Bob Fitts, Andrae Crouch, the Maranatha singers and many more.

Are there any live dates or events that you will be performing to support Have Mercy Oh Lord?

It is currently in the planning stage.

How can interested readers find out more about Visions of Songs?

I am happy to be featured in the NeuFutur Magazine and I like you transparency!


Visions of Songs Interview
Posted by NeuFutur Magazine at 2:34 PM