Harry Thomsen – “Law of Thinking”, “Law of Forgiveness”, and “Law of Sacrifice”

Harry Thomsen has cut three tracks – Law of Thinking, Law of Forgiveness, and Law of Sacrifice – that are based on the writings of Dr. Raymond Holliwell. Law of Thinking is an orchestral rock effort that links together the Scorpions and Kix. The deliberate beat that is weaved through the effort is countered nicely through Giddam’s vocal contributions. The track shifts and changes just enough to keep listeners intensely focused in from beginning to ending. The Law of Forgiveness has a clear narrative that keeps the attention of fans; Thomsen’s musical backdrop do much to provide proper lift and light to Geddes’ vocals. 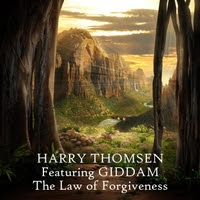 Law of Sacrifice has a very different sounding dynamic with the inclusion of Thomsen’s children into the mix. The different themes provided by each track showcases Thomsen’s versatility; the dynamic shared between the vocal and instrumental sides of each composition pushes each to a greater height. The Law of Forgiveness is able to shine because it showcases a set of disparate elements that are able to combine into one cohesive and fascinating effort. I feel that the bond between Thomsen and Giddam is strong enough to be able to manifest itself in a variety of distinct fashions; one has to wonder the ways that the duo (and children) will interact on subsequent recordings. 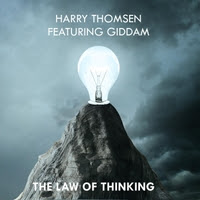 Taken together, these three songs will introduce listeners to a deft and complex set of compositions that will be provided further context when the remainder of the album’s tracks are revealed. Make sure to visit Thomsen’s website for biographical information, samples of the singles, and further information about the upcoming full-length album. One can purchase each of the singles from Thomsen’s CDBaby . 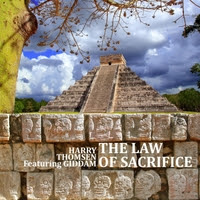 
Harry Thomsen – “Law of Thinking”, “Law of Forgiveness”, and “Law of Sacrifice”
Posted by NeuFutur Magazine at 11:07 PM