We’re sitting down with The Frequency, an eclectic rock band from Adelaide (Australia).

How did the band come to be?

Tom: The band came about when Anthony and I were jamming on guitar and bass at my house one day. We were joined by a classmate at our school, and we performed under the name of ‘Infinite’. After disagreements within Infinite, the guitarist left and was replaced by bassist, Lewis. 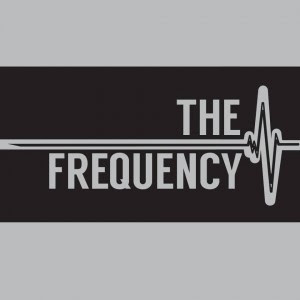 I then took up guitar and Anthony continued on drums and vocals. We’ve been performing under the title of ‘The Frequency’ since 2013, which brings us to today.

How did your current EP move from initial thought to finished effort? What was the recording process for the new release like?

Anthony: When Lewis joined, we basically scrapped all of our old material we had with our first guitarist and, eventually, wrote new songs. We recorded a few in my bedroom, but we knew the songs could be better. So once we had five songs that we were confident in, we went into the studio for a day and recorded them. The recording process itself was insane; we took the first take or second take for all but one of the songs, which was in itself very exhilarating. We were used to recording separately in my bedroom, so it was a really new thing for us, but a really good experience.

Tom: Our main influences as a group are bands like Muse, Fall Out Boy, The Strokes, The White Stripes and other artists in the hard rock/alternative genre.

Who contributes what in the band (song-writing, arrangements, promotion)?

Tom: When we come together at practice, we all share various riffs and creations that we have come up with. If we have a riff that we think others will enjoy and we ourselves enjoy playing, we work on it and build it into a full song. So we all contribute towards the songwriting side of things.

Lewis: From going on what they’ve said, I think that our song writing process is one of the most exciting things for us as band next to playing our gigs, I love the fact that we can all get together and write something really cool and creative like we just have been recently as it inspires us to write even more.

Which track on The Frequency is your favorite? What significance does the song have for the band?

Anthony: It’s hard to answer these questions, since the songs were written so differently. For instance, Steal the World and Every Time I See Your Face were arranged largely based off of their initial demos, whereas songs like Contamination and Bloodshot were very structured and we had clear ideas for what we wanted. Personally, however, my favorite is Contamination. It just has such a vibe to it that makes you want to get up and hit things. At least, that’s what I feel like when I listen to it. It was also the first song we wrote where we listened back to it after and just thought, “Wow, this is actually really damn cool.” So that’s always a nice feeling.

Lewis: For me my favourite song is Pendulum as I love the rawness of it all, I tend to listen to more punk than the rest of the band so I love the vibe this song gives off as a rock-punk track for me.

Are there any live dates or events that you will be performing to support the new release?

Anthony: Because we’re still in school, it’s hard to actively gig and make it a first priority. So at the moment, we’re just gigging wherever we can. Our next one is at the Cavern Club, a local Beatles-tribute club in the Adelaide city, so that’s gonna be awesome. Very cool venue.

How can interested readers find out more about yourselves?

Anthony: The most consolidated way to find out about us would be to go to our website (thefrequencyband1.toneden.io), but if people have other enquiries, a Facebook message or an email is the easiest way to reach us.

Lewis: We also just recently set up a new Instagram page that we post some promotional pictures on there and you can follow our bands page @thefrequencyband.

Anthony: Facebook has certainly helped connect with people that have found out about us through gigging, but word of mouth does help. If it wasn’t for our families and our friends spreading us around, we probably would be more hard-pressed to have an audience at gigs then we already are!

Lewis: We love making music and we hope you enjoy what we create. Thank you for listening!


The Frequency Interview
Posted by NeuFutur Magazine at 9:26 AM