We had a few brief moments to speak with Nikki Lorenzo, a performer that has just released “Be My Man”.

How did you begin to perform?

-I was four years old and obsessed with Evita. That’s where it all began. My family loved asking me to entertain guests at parties with songs I had practiced over and over again in my room.

How did “Be My Man” move from initial thought to finished effort? What was the recording process for this single like? 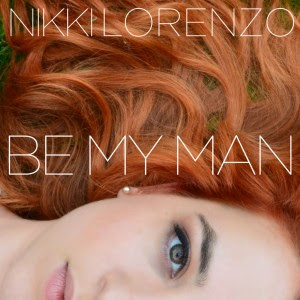 -The song was given life one night when I was at a bar and ran into the guy I was dating at the time with another girl. I went back to my car and wrote, “Be My Man” instantly, using my phone to capture sound. Went into the studio the following day to officially record it. I sang it once and that’s the final vocal recording you hear today.

What significance does the song possess?

-Unrequited love is a big one here. However, there is an exquisiteness in the pain.

-I’m all about soul so I love me some Patsy Cline and Etta James. I like horns, strings, and the blues. I’m big into The Doors and rockstar performers like Freddie Mercury. I’m also currently deeply inspired by Hozier, that man does it for me.

Are there any live dates or events that you will be performing to support the new release?

-Yes! I have a show coming up March 12th 9:30pm at The Other Door in North Hollywood, Ca. Tickets are $5 – I’m thrilled because not only am I doing some of my favorite songs off my album, but I’m also having my friend and fellow musician, Chris Brochu, join me for a song on stage that we wrote together.

How can interested readers find out more about yourself and your music?

We are still pretty early in 2015. What goals do you have for the year?

-This year I’m releasing a few more singles and then ultimately releasing my debut album, which I’m extremely jazzed about. No pun intended, hehe. I have a spoken-word album I’ve set as a goal this year to distribute as well that I’m collaborating with Raul Vega on. I also have a few short films coming out and looking forward to starring in Chris Brochu’s next music video.

-Thank YOU so much for your support! Love is it. Love is all of it. Thank you.