Q: How would people know you?

A: I starred on Broadway in the Original Cast Of “Beatlemania” in the late 1970′s. I was a Pioneer of MIDI Guitar and Tapeless Recording in the 1980′s.

And I’m now innovating with the Starr Labs Ztar with Progressive Symphonic Rock. I’m also Inducted into the Museum of Television Production Music.

Q: How have you continually been able to reinvent yourself over your illustrious career?

A: By staying in front of Technology. In the 1970′s it was the Mellotron and the Moog Modular Synthesizer. In the 1980′s, I pulled really far

in front with MIDI, the SynthAxe, the Synclavier and innovations in Tapeless Recording with Sequencers and Mac Computers. Starting in 1998,

I was the 4th Artist signed for downloading with Liquid Audio and the 25th Artist on mp3.com. Now, in the 21stCentury, I’m constantly inventing

new ways to perform music with MIDI Guitar and performing as a One Man Orchestra with a Mac Laptop, Soft Synths and the Ztar.

Q: How do the songs on Suite for Ztar and Orchestra in G Minor Op. 1 No.1 add to your discography, both in terms of your solo work and as a contributor
to a band?

A: Well, I did this album as a “One Man Band”, playing all the parts, so I suppose, I’ve made strides for myself, both as a soloist, and as a musician.

Of course, I’ve done many of my previous CD’s as a One man Band before, but this one took things in a different manner than before. I no

longer think in terms of being in a band, since the Ztar allows me, with programming, to serve both functions.

Q: Of the compositions on this suite, which are your favorites?

A: “Presto Varitioni” is a favorite because I’ve orchestrated a, previously solo Violin Bach Composition in a new way. Actually, the Toccata in D Minor

aka (Adagio after Bach’s 565) is also a favorite because it features some very fast playing, and is a first for MIDI Guitar because I controlled the small

and many numerous tempo changes, live, in real time while I recorded it. A real head scratcher to solve, but very satisfying, in the end!

Q: Were there any that were particularly difficult or challenging?

A: Well that Toccata certainly took awhile to solve, as did the Brandenburg #3 and #5. The Cadenza, at the end of the Finale, definitely

had some challenging moments.

Q: Going back into your formative years, who inspired you?

Electric Light Orchestra, The Ventures, Joe Meek, Phil Spector, The Byrds. Too many others to mention here.

Q: How have your influences changed over time?

A: Same influences, with the Classical and Baroque and Electronic , more to the fore. I’m quite fond of Jean Michel Jarre and Spock’s Beard these days.

Q: Was there anything different in the recording process for this album over your previous works?

A: Well, yes. There is a very sophisticated Computer built into the body of the Ztar. It’s used to program MIDI setups, response curves, Program Changes, zones, etc. I more heavily utilized those internal Programming possibilities, with respect to new tunings across the fretboard. I always record to Ableton Live and / or Digital Performer on a Mac Mini Quad Core. For the Suite, I also recorded with Reason 7. It has a number of special effects, unique to that program which became intrinsic to the compositional approach of the Suite. I added extensive extra orchestration on all tracks, and in some cases, composed variations, and / or completely new melodies using Ableton Live, which is a great interactive environment for that sort of approach. Some of the Intros (“Presto”, “Brandenburgs 3&5″) are new and the “Presto Varaitioni” (Presto Variations in Italian) takes that work to new territory.

Q: What can the fan of current and contemporary music take from this disc?

A: Today, particularly, in Electronic Dance Music, you see and hear Mashups, sampling and intertwining of found music, excerpts from other recordings and a general blend of various influences. That attitude serves as a perfect example of some of my thought process with respect to Bach and this release. I also think many younger fans enjoy the novelty of my hi tech instrumental approach.

Q: Are there any live dates or events that you will be performing at in support of the new release?

A: Yes. See my page at Reverb Nation for regular updates: www.reverbnation.com/lesfradkin

Q: How can individuals find your music?

A: I’m on Apple iTunes, Amazon, CD Baby, ReverbNation, and everywhere else digital music is found. YouTube fans will discover me there as well. 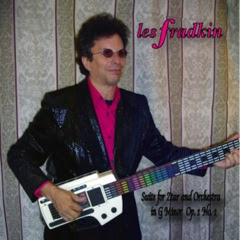 Q: What’s the best way for an interested fan to pick up on Suite for Ztar and Orchestra in G Minor Op. 1 No.1?

A: Suite for Ztar Links:

The Amazon link for the Physical CD

Q: Do you have any more comments for NeuFutur’s readers?

A: Thanks for your hospitality and interest in my music! 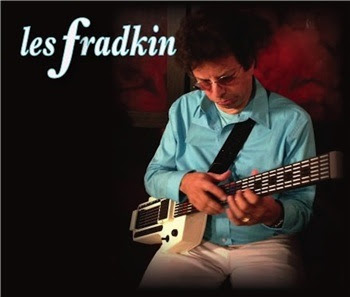 Les Fradkin Interview
Posted by NeuFutur Magazine at 12:08 AM