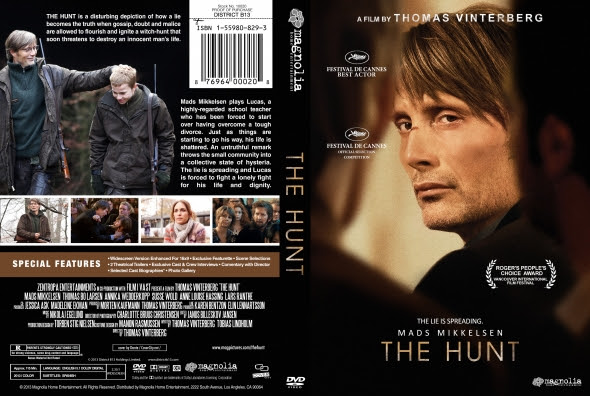 The use of color in this film provides a greater level of nuance to what is already a compelling and alluring title. The movie surrounds the mob mentality that occurs when stories are picked up by mass media without properly vetting the initial sources. The Hunt is one of the first films that I can recall that has shown the specific ramifications of a false accusation. Part of the impact of The Hunt comes in the roles turned in by Mads Mikkelsen (Lucas) and the rest of the cast. While the movie is set in Denmark, I feel that the issues that are associated with this sort of mistaken guilty transcends state and country borders; anyone that has had a jealous love craft lies will be able to feel for Lucas. After being vindicated as innocent in the commission of the crime, Lucas is still haunted by the specter of this accusation – the film shows that Lucas will never be free of these lies.

The Magnolia Pictures release of the title is very sharp, and presents the dialogue of the film with a clarity that ensures that anyone that is familiar with Danish will be able to pick up every utterance. English subtitles are provided, and seem to follow pretty faithfully the original intent of the film.

The Hunt can be purchased from a wide variety of online and brick and mortar stores. Look to spend about around $20 for a copy of the DVD; Magnolia has also released the film in the Blu-Ray format for around $25. Visit the Magnolia Pictures website for information about their properties, previous releases, and their presence on social media websites.


The Hunt DVD
Posted by NeuFutur Magazine at 7:23 PM