Heal Me Friend is the first track on In The Shade from the resurrected Dog Society, and it showcases a band that is able to delve deeply into the works of Goo Goo Dolls, Stabbing Westward, and Stone Temple Pilots while still cultivating their own unique style. Listeners are immediately thrown into the fray. 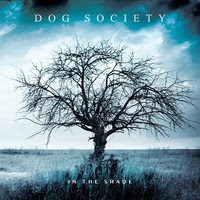 In The Shade is a more complex and stretched-out track in the vein of Pearl Jam, Rusted Root, and Jane’s Addiction. The track has a great dynamic created between the vocals and guitars, while the drums and bass are able to provide additional spice to the effort. The shambling tempo of the track works to great success as Doog Society moves on to Losing Her Again.

Losing Her Again digs deeper into the crate to allow Dog Society to take up the standard of late sixties psych and Major Tom-era David Bowie. With all the distinct twists and turns that are present here, listeners will have no idea where the band will take them – the talent exhibited here by this veteran act ensures that this journey is strong from beginning to end.  The Killer You Can’t See is a touching bit of rock, allowing the vocals to absolutely soar over the track as a robust arrangement plays below. The Laughing Song and Our Own Parade conclude the album, presenting diametrically opposed styles for the greatest benefit. In The Shade can be purchased after July 22nd, while fans in the Wantagh (NY) region will be able to see the band play live on June 16th.

Top Tracks:  In The Shade, Losing Her Again


Dog Society In The Shade CD Review
Posted by NeuFutur Magazine at 4:33 PM