TRAAMS aren’t wasting a second in returning from their breakneck speed debut Grin, released midway through last year. After bringing their emphatic stage show stateside at SXSW,  The Chichester trio are keeping the momentum rolling with a new EP, Cissa. Out on FatCat July15th, the EP again finds Rory Attwell and Hookworms’ MJ at the production helm.Following first track, “Giddy,” a sonic blast of a return that borrows elements of the debut while stepping things up a notch, the band returns with a video for standout track “Selma.”

SPIN has dubbed the video, “a retro-looking, computer-wave video featuring floating guitars and a blurry, colorful aesthetic reminiscent of the ’80s.” That sounds just about right. 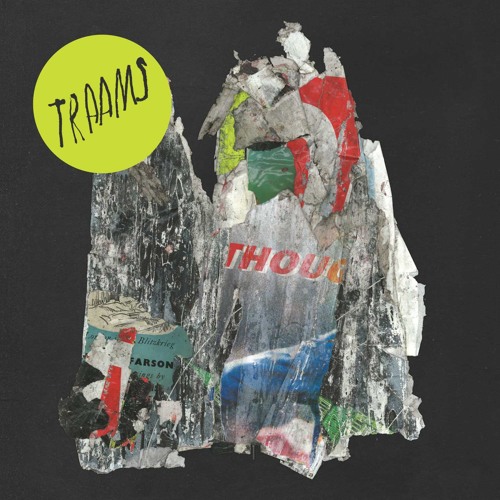