Ode To K is a darkly emotional track that blends hints of Godsmack, Corrosion of Conformity, and Soundgarden. The resulting track is heavy, intense, and gains momentum until listeners are being blown away by the band’s output. There is a tender side to the vocals that shine through at points, providing an additional laer of complexity to an already dense arrangement. 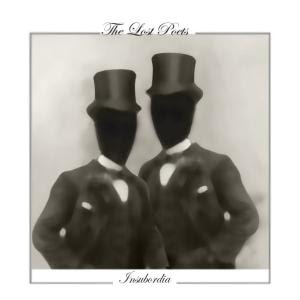 Lying Down has a similarly dark and gritty feel to it that is generated through the interaction of the guitars and drums. The vocals link together Alice in Chains, Ozzy Osbourne, and Pearl Jam into something that is strong narrative wise as it is arrangement-wise. The track even establishes a hint of The Tea Party and The Cult at the periphery. The Lost Poets move into Die To Live, an effort that begins in a very soft and sedate way. The dynamic between vocals and guitars pushes each constituent element to a higher level, ensuring that listeners will be on the edges of their seats throughout the entirety of the composition.

The Lost Poets imbue Insubordia with an industrial, droning style that establishes a richly-crafted environment for the track. The band successfully imbues their own style with a Queens of the Stone Age meets “You Know You’re Right”-era Nirvana trapping, a move that will draw heads and keep interest levels high as the band moves into the final effort of Insubordia, Inside The Cage. Inside The Cage is a nearly-instrumental track (utilizing a voice that is speaking rather than singing) that provides fans with extraordinarily complex and smartly composed arrangements; there may be less than 20 minutes on this EP, but these recordings are able to showcase an eclectic and unique band.