Boundaries is a track that feels like a blend of Taking Back Sunday and +44, with a small amount of The Anniversary mixed in. The production is able to create a close and cozy sound for the vocals, drums, and guitars in a fashion that makes it seem as Ostrich Run is in your living room, while being clean enough to allow listeners to hear the constituent elements of the band. Steel is an effort that further builds upon Ostrich Run’s style; while the vocals take on hints of Say Anythinh, the instrumentation is an evolution of the approach that Senses Fail and Box Car Racer originally created. Time Helps is a sea change from the previous efforts on the EP, but is an essential inclusion as the cut provides listeners with an entirely new facet of the band. The longer instrumental interlude that begins near the halfway mark further varies the approaches and styles broached during the track, allowing Ostrich Run to craft a instrumentally furious sound that they ride to the end of the song.

Everyone Pretends is a track that is steeped in a mid-90s tradition, following from the work of Sunny Day Real Estate and The Lemonheads. With each subsequent composition on the Acoustified CD, the band impresses with how different and distinct that the songs sound. The band is able enough to tie everything together into a coherent composition. In doing so, Ostrich Run makes one of the best EPs of the year.

The raw emotion that is captured during the Acoustified EP showcases that Ostrich Run is an act that is able to connect with their audiences while showcasing a small part of their lives for great effect. 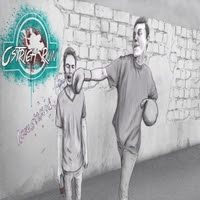