Blue Moon has just updated their product line with their latest, a White IPA; the beer pours with a hazy yellow to gold coloration and a very lightly off white head. There is a bready, yeasty nose to this beer that is punctuated by a slight hop bite. The initial sip is a skillful blend of these styles – there are hints of pepper, wheat, and sugar that is followed by a decent amount of bitterness. 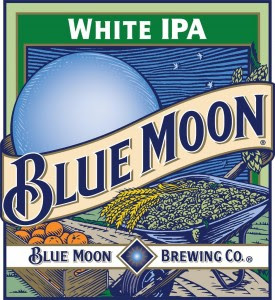 The beer settles down nicely as it begins to reach room temperature. The beer is crisp and refreshing, representing the perfect sort of effort for those early spring nights. Taken all together, the Blue Moon White IPA is an effort that is fulfilling, effervescent, and will pair nicely with salads, fish, chicken, and pork. The beer has enough in the way of twists and turns to keep imbibers interested throughout a number of bottles; even after a solid night with the Blue Moon White IPA, an individual will get a hint of something that they have not previously experienced from this brew.

If you are a fan of the original Blue Moon or of session IPAs / pale ales, the Blue Moon White IPA would be a perfect purchase. Make it a point to search out bottles, six-packs or drafts of the White IPA when the beer rolls out on April 1st (no foolin’). Let us know what you think of the beer.