We’re On is a Jay Mizz track that builds off of the work of artists like Killer Mike and Jay-Z to create something that works perfectly with the past and present of rap music. It is the ability to link together so many different styles and approaches that allows Jay Mizz the ability to make this a hit. There is a great use of the beat during We’re On, meaning that there are points at which the music swells and Jay Mizz’s vocals settle into the background. This ensures that the track is able to have a much larger and fuller sound than what is typically released today. Jay Mizz is able to take the entirety of this track on his shoulders because of these switches and diverse interactions that are heard here. 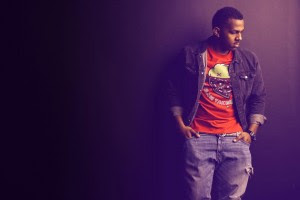 I am personally excited to hear exactly what will be coming down the pipeline in the next few years with Jay Mizz, as this single is something that could easily make its way onto rap and pop rotation. Make it a point to visit Jay Mizz’s social networking websites for the latest in information about the performers, samples of “We’re On” and other releases, and the latest news coming from his neck of the woods. Here’s to hoping that he will be able to release a full length album in the next few months, as the momentum that he has created with this single is perhaps the highest of any that we at NeuFutur have heard so far this year. This track is definitely recommended for any fans of E-40, Chamillionaire, or of the Houston, Los Angeles, or New York rap scenes of the nineties and 2000s.