The Kiss That Took A Trip Electroforest CD Review

The Kiss That Took A Trip begins with Electroforest: entrance, a softly-spoken yet incredibly deep composition that is beautiful, haunting, and wholly unlike current radio acts. However, this does not mean that the tracks on Electroforest are hard to get into; the act is just able to create something stunning. The drone that begins Tidy up you pig is corralled into something much more cohesive and intense; the skill possessed by M.D. Trello here allows for numerous shifts in styles, approaches, and overall sounds achieved by the composition. 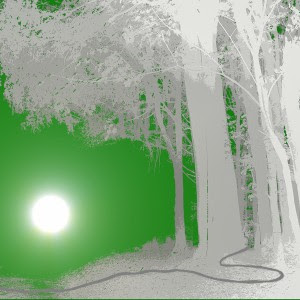 Greatest loves are secret is able to take equal parts of mid-eighties New Romantic styles, nineties industrial, and oughts alternative and create something that works well in the current period. The arrangement have numerous layers for listeners to pull back when properly focused on the track. Flower of gas and smoke is the longest track by far on Electroforest, and the additional length provides The Kiss That Took A Trip with enough space to properly showcase the more nuanced sides of his psyche. There are distinct electronic and natural components that have a comprehensive interaction with one another; the resulting battle creates a winding and formidable journey during which listeners are treated to airy synths, emotive drums, and a rich narrative created through a higher synth and bassier back drop. The seven minute runtime of Flower of gas and smoke feels like a quarter of that; fans will be on the edges of their seats from beginning to end.

Samples from Electroforest are available at The Kiss That Took A Trip’s website and Bandcamp; keep an ear firmly to the ground regarding subsequent TKTTAT releases.


The Kiss That Took A Trip Electroforest CD Review
Posted by NeuFutur Magazine at 5:58 PM