Nic Nassuet is nearly ready to release his new album, Eleutherios. This comes off of Nic’s wins at the Veterans Creative Arts festival, where he took home awards for Best Original Song, and Best Vocalist (in folk and rock). The title will be released on April 20th, and Nic will be playing at www.instedfest.com/ on May 2nd, 2015.

Eleutherios is a title that showcases a wide array of Nic’s influences and overall styles; the disparate elements that are present over the tracks he has released from the album are corralled nicely by Nassuet. When It Falls is a track that could easily be on rock radio, building upon the work of Hinder and Staind. The fullness of the track showcases that Nic’s music possesses a more complex and intricate spirit than much of the music heard today. 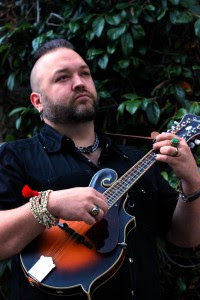 The percussive element provides a closer and more intimate introduction to Nassuet’s persona. The slower tempo of The Nothing puts Nic’s songwriting and arranging abilities to the test. The resulting track is an unfettered success, as Nic is able to move from near silence to crafting a guitar line that will have listeners hanging on every subsequent note. Immured is the logical extension of The Nothing. The track weighs in at six minutes and utilizes a female set of vocals to mesh perfectly with sedate instrumentation; when Nic’s vocals kick in, the track is spun into an entirely new realm.

For more information about Nic’s music, live dates, lyrics (and much more), visit his domain at www.nicnassuet.com/ . A number of his tracks can be located at his ReverbNation  and SoundCloud . There is still a great deal for NeuFutur to experience from the album, so keep an eye out for our coverage of Eleutherios when it hits stores.