Rob Magnotti ( www.robmagnotti.com/ ) has a huge 2015 lined up. This comedian will be seen on the silver (Paul Blart: Mall Cop 2) and small (Surviving Sam) screens and will be appearing alongside other comedian luminaries in Long Island through the end of March and the beginning of April. The Music Box Theatre in the Borgata Comedy Club www.theborgata.com/shows/events/comedy-club will host Magnotti with Richie Minervini (Grown Ups, The King of Queens) and Vic Dibitetto (Youtube’s Bread & Milk). 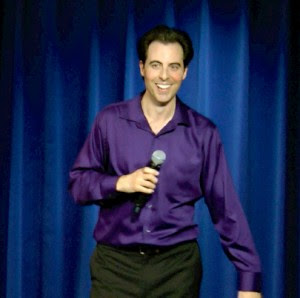 Magnotti has had a long and storied career that began with FOX 5’s The Uptown Comedy Club and has weaved its way through a variety of media in the years since. Reaching a number of high spots with appearances on Late Night with Conan O’Brien and a role in the musical “Funny Business”. Magnotti is able to create a style of comedy that the widest possible swath of viewers can appreciate while having his own unique insight upon life. By being broadly applicable and possessing that different spark, Rob is able to keep things fresh and interesting from the beginning to the end of his set. Comedians typically make their career out of one or two impressions or some variant (prop, genre) of the art form, but Magnotti is able to take a variety of different tacks. He has nailed a number of impressions (John Travolta), fell into gangster comedy (touring with The Sopranos cast during the much-lauded Comedy You Can’t Refuse), and can even straddle the line between comedy and drama (the aforementioened Survivng Sam comes forth with hints of The Office and will be available later this year).

Individuals can purchase tickets for Magnotti’s Borgata Comedy Club dates at www.theborgata.com/shows/events/comedy-club . For the latest in information about Magnotti’s dates and appearances, add him on Twitter (twitter.com/robmagnotti); for official business, he can be located on LinkedIn.