Hello, Sakima. Your current album is The Process. What significance does the release’s title hold for you?

The title is everything. The Process is the result of my growth in music. This is the first album that I truly produced and almost fully created myself. I grew from a rapper to an artist. And that’s what the title reflects. The music on the album is the result of my process in becoming a musician. 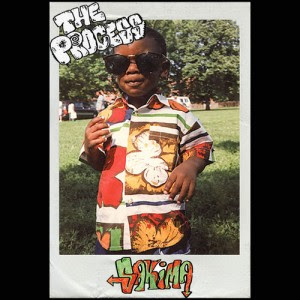 What do you do on your album that separates it from the rest of the music coming out currently?

I’m honest. A lot of people in the game right now are focused on radio hits and stretching the truth. I didn’t focus on any of that. Every lyric on that album is real. It either has or is currently happening. I try my best to wear my emotions and experiences on my sleeve. I wasn’t blessed with this gift just to make witty bars. I believe I am a voice for those who can’t speak. So I try my best to make sure I stay true to that.

Ok well I’ll start with the beat. I usually listen to days of music before I find a perfect sample or tone that I want to emulate. That music is usually really old. One of my favorite beats, The Formula, samples a 1920’s jazz song from France. I listen to everything and anything until I find the right groove. And then I chop it up, usually screw it up and start with the drums and work my way out to fill the beat in. When I get something I like I usually listen to it about 20, 30 times and begin to freestyle over it. And then I get what I want to write about. I start writing and once the song is done I call up Zacc or Kevin go to their house and record and just hash out what I have until I’m satisfied with the product.

What is different about the Cincinnati and Atlanta scenes?

The two main differences I see are the longevity, and the music styles. In Cincinnati you’ll have somebody like Lantana blow up, but then they’ll kind of fade you know? But in Atlanta you have someone like OG Maco hit the charts and they’re there. For good. It’s just more successful in Atlanta right now. Atlanta music is all about the bass. To be honest it’s less about the trap now than about the bass. You don’t have to talk about drugs or what not. Just look at Father and his song Look At Wrist. They have the beat banging in that song and that’s all it took. That’s just kind of how it works down here. Go hard or stay home.

How have you evolved since your first tracks? What was the specific reason you began creating music?

I’ve evolved so much it’s ridiculous. Hell, I’ve evolved since The Process. I think without evolution you aren’t a true artist. You’re just a fluke. I began creating music because I liked it. Since I was born I loved music and singing. I kept creating music to stay alive. I hit a low when I was in high school and music helped keep me here.

Go to soundcloud.com/sakima, trt-music.com or you can follow me on twitter @lordsakima. Sometimes I put little clips on there just because.

What are your favorite tracks on The Process (and why)?

My two favorites are probably The Prologue and Reminisce/Regression. I like The Prologue because I remember looking for an intro for the album. I was looking for literally weeks. And I heard the Labi Siffre song and just went to work. 3 hours later I had a 6 minute long intro that I just ripped. It was great. I like RR because it’s pure emotion. I remember thinking to myself ‘Don’t think bars. Think real.’ and I just laid it out. People loved it and I was glad that I could keep it real and still keep my fans.

Probably Twitter. The crazy thing about social media is how connected people are. You have people from all over the world connected with the click of a button. I have people from England hit me up on twitter ranting about my music. It’s great but at the same time you don’t get that traditional interaction that humans need. I think you need to find the balance of both and I’m working on that right now. I’m more of a face to face person myself. But hopefully that will change soon.

A lot. I’m working on my next album and with any luck it’ll be out before the end of the year. My crew and I are scheduling a tour this summer. We’re having our huge annual concert on April 17th at Georgia Tech. 2015 holds the blow up for me. And I think I’m finally ready for it.

Follow and interact with me on Twitter! I’m really open with my music and what I create. I’d love to share it with you guys. And keep supporting real music! We need it.