The Protokon contributes to the rich retro style that has been fostered in film, movies, and video games in the last few years. Adding his own contribution to the trend built up by Far Cry 3: Blood Dragon and the second season of Danger 5, director and writer Anthony de Lioncourt tells a compelling story about the steps that someone has to take when their happy life is absolutely destroyed. 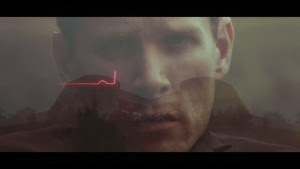 The film is an homage to 80s action and sci-fi flicks and hits all of the tropes – there is a rebirth of the main character, actions taken to make things right, and a powerful theme of revenge that is weaved through the feature. de Lioncourt keeps The Protokon honest; this is a film that seems as if it was released in the early eighties. For fans of Saturday-afternoon films in the nineties, the Death Wish franchise, or those titles lovely touched upon by Joel Hodgson, The Protokon is a must-watch.

The trailer for The Protokon is available at  vimeo.com/121949553 , while interested individuals can find out more information about the day to day process of filming the feature at www.facebook.com/TheProtokon . The film will be screened at Eternal Con (Long Island, New York; June 13th-14th, www.eternalcon.com/ ) . Make sure to keep an eye on The Protokon’s Facebook for additional screening dates.  Digital FilmMaker magazine (#23, available now at Barnes & Noble) contains a major spread about the flick.


The Protokon
Posted by NeuFutur Magazine at 8:14 AM