A Baby-Step of Faith is a track that straddles the line between Conor Oberst-style indie rock and alt-country; the intensity and virtuosity exhibited by the guitar and drums establish Falbo as something considerably different than what is currently garnering buzz. Sacagawea’s Son’s is a lively mash-up of Iggy Pop, Bob Dylan, and Mike Ness. The production of Sacagawea’s Son is immaculate, allowing the disparate elements of the track the ability to stand on their own, whilst contributing to the track.

You Don’t Know Where Your Interest is a high-energy effort that ends at the two and a half minute mark; Falbo is able to imbue the track with an intricate narrative and dense arrangements that will resound in listeners’ minds long after the album has ceased. Only Me Too represents the beginning of the second half of 73, and creates a much more sedate and introspective style. This touching track has a foil in I Found Out, a rock track that links together Loverboy, Van Halen, and The Cult into something that is in your face and reinvigorating.

73 concludes with I Want It All, a track that provides a stellar closing to a consistent and immersive album. The guitars that begin the track are brief but provide the track with an epic sort of feel. Falbo creates a sing-along for large events (reunions, festivals) and get-togethers (cookouts, bar-hopping). This composition builds off of the work of Elvis Costello and Bob Dylan while keeping a keen eye upon Broadway. I Want It All ends before the four minute mark but conveys a much greater message.

Top Tracks: A Baby-Step of Faith, You Don’t Know Where Your Interest Is 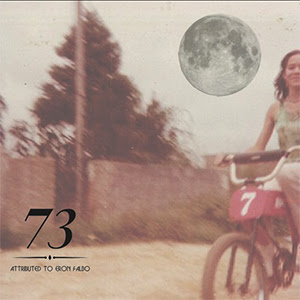