JLO has been serving up a series of fan friendly appetizers like “Same Girl” and “Girls” and the rhythm radio hit “I Luh Ya Papi.” Now the main course has been served. Just last week, Lopez premiered “First Love” during On Air with Ryan Seacrest, live on KIIS FM in Los Angeles and on-air with Greg Burns at Capitol in the UK. 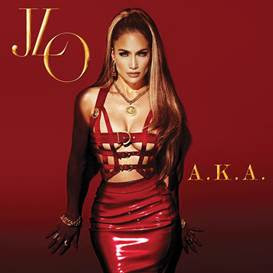 “Music has always been my First Love…. As a girl who grew up in the Bronx, I listened to everything” said Lopez.  “In my career I have always made music that is a reflection of me… and where I am in my life…  I do what I feel …and do things that feel authentic to me. I am a lot of different things and I do a lot of different things. I love Hip Hop, Pop, Dance Music and R&B. And on this, my 10th album release, I have created a collection of songs that make me feel good and make me feel happy.”

Since Lopez’s first album On the 6 debuted in 1999 she has been transforming the global music scene and has sold over 75 million records worldwide.  She has had 16 top 10 hit songs and three #1 albums. Her music achievements include winning three AMAs, three ASCAP Pop Music Awards, eight Billboard Latin Music Awards, three Billboard Music Awards, and two VMAs. Lopez is also a two-time Grammy nominee.

In 2001 Jennifer Lopez made history by being the first artist to have a #1 movie and #1 album simultaneously. “The Wedding Planner” was the nation’s top grossing film while her second album J.Lo was #1 on the Billboard Top 200 chart. On A.K.A. Lopez collaborates with French Montana, Rick Ross, TI, Pitbull, Iggy Azalea , Tyga, Sia, Chantal, Kirby, Chris Brown , and producers Max Martin and Savan, Detail, RoccStar, DJ Mustard, Diplo, Harmony, Pop and Oak and long-time collaborator Cory Rooney.


Jennifer Lopez Releases A.K.A. June 17th
Posted by NeuFutur Magazine at 7:59 AM