Smuttynose has just released an alluring beer that is eminently sippable while having an alcohol to it that is mind-blowing; Really Old Brown Dog Ale pours with a mahogany meets ruby coloration and a small, off-white to toffee head that remains through a good amount of the experience. Smuttynose has created an old ale that takes equal parts brown ale, porter, and hints of a stout into something that is deep, dark, and incredibly complex. 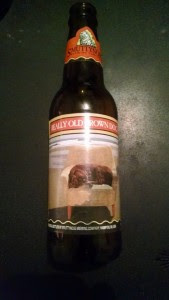 Subsequent sips will yield hints of caramel, bread, and biscuit that are able to keep things interesting from start to finish. There are hints of dark fruits (figs, raisins, and  prunes) with sweet and malt elements that make their way into the constellation of flavors; bourbon and vanilla make their presence known before a bottle is completed. The mouthfeel of this effort is silken and fairly light; it is a beer that can be drank without the brew bogging down or becoming a chore to finish. The 34 IBU and 11.1% ABV of the beer is just enough to modify the more sugar and malt elements that are present in Really Old Brown Dog Ale.

Really Old Brown Dog Ale is a year-round offering by Smuttynose and is available in 4-packs. Imbibers should be able to begin and end the night with one or two of the beers. The Smuttynose website has inofmration about this and the remainder of the brewery’s year-round and seasonal offerings.