“Heaven’s Window” is the first track on Peter Kater’s Etheria and is a bold track that extends to nearly the eight minute mark.  A microcosm of the styles, approaches, and influences that are near and dear to Kater’s heart are presented here.  The track is able to easily ensnare listeners with the wide array of sounds and distinct movements that are presented at the onset.  Where many pop tracks fade out at about the three or four minute mark, Kater is able to go and continually make it over the seven and a half minute mark with each of the tracks on Etheria.  The sheer amount of thought that goes into the creation of any singular effort on this album means that listeners will be able to continually spin the disc and hear different compositions and interplays between the distinct yet cohesive elements that are contained within. 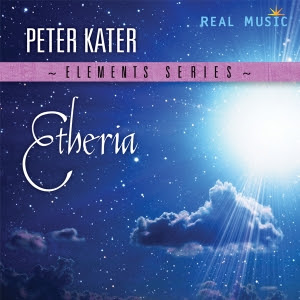 It is not only that Kater hammers home his unitary vision for this new album, but that each of the constituent tracks on this release contribute something unique and something that provides another chapter to this enchanting and fulfilling narrative.  Tracks like “Rising Sun” or “Violet Waves” do much to expand the repertoire of Kater ensuring that listeners will not know exactly where he will go on later album tracks.  The album succeeds, and the fact that it remains strong from beginning to end, the tracks that are present on the second half of Etheria are as strong as those that began the album.  “Waxing Moon” and “Luminescence” are the final two arrangements that are provided listeners on the CD; taken together the fifteen minutes of music provide a calm, contemplative, and intricate last quarter hour.