The Apple Years 1968-75 is a huge box set that contains a set of 6 George Harrison albums that have been reissued this year that very desperately needed a new lease on life, and is pegged at around $200. The titles – Wonderwall Music, Electronic Sound, All Things Must Pass, Living in the Material World, Dark Horse, and Extra Texture – are all given the star treatment meaning that the original takes are remastered to provide individuals with some of the most clear and accurate representation of what Harrison originally laid down in the studio. 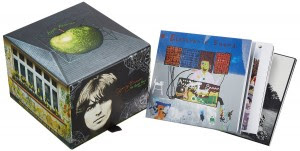 There are few additional tracks that fans may not have heard that are added into the packages – Wonderwall Music has a re-take of The Inner Light and an unheard effort in Almost Shakara. Extra Texture has a demo version of This Guitar (Can’t Keep From Crying) which was sent over originally for Dave Stewart’s ears only.

There is a sincere feeling with these releases that one is really being provided with a definitive versions of these George Harrison album – that company has went all out in its packaging, mastering, and overall investiture into this project. Make sure to purchase a copy of these reissues from your local well stocked music store or 1 will be able to purchase the titles from a variety of online music retailers. They are all provided at a cost similar to that of a new album meaning that this Santa free issues it would be the perfect birthday or holiday gift for anybody that is a fan of The Beatles or of Harrison’s works generally. Strong sales here will ensure that other albums are given the same sort of care and concern.