Introduce yourself to our readers.

My name is Frank and I am a songwriter, musician and performer from the UK.Mountain Rio is my main platform. 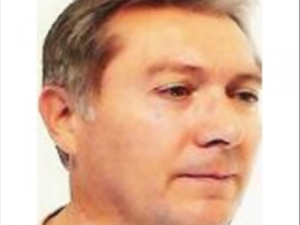 Given one sentence, how would you define yourself as a performer?

Improving all of the time.

Your two current singles – She’s In Love With Santa and Let The Lights Shine – are focused on Christmas. What about the holiday is special to you?

Being with family and friends.Thinking about those less fortunate.

Can you describe your creative process to us? How does a song go from an initial germ of a thought to a finished song?

I can be anywhere and a song might appear in my head.Walking, driving, on holiday or when playing the guitar or concertina.When I get the chance I will sit down and finish the song, writing down lyrics then recording on a simple recorder.Most of the song is in my head before I sit down.

In a similar vein, how has your style evolved and changed over the period since you first started to the release of your two new tracks?

I have written songs in different styles Since the Christmas songs were released. I have a new song called ‘Shine On You Crazy Diamond’ a tribute to the late great Syd Barrett which I hope to record and release in 2015 along with a video.

What story or set of stories do your singles tell?

‘Let The Lights Shine’ is my attempt to write a Christmas song with Universal appeal, staying clear of the religious side.’She’s In Love With Santa’ is a simple Christmas novelty song, the last line giving it all away.

What artists are the greatest influences for you and your music?

It has enabled a much bigger audience gain access to my material.

What are your plans for the beginning of 2015?

To record several new tracks such as ‘Shine On You Crazy Diamond’.

How do your fans find the latest Frank Robinson / Mountain Rio news and music?

I have had a super response which makes it all worth while.

Do you have any other words to say to NeuFutur’s readers?

‘Neufutur’ is a great platform!Keep reading the music reviews and check out the artists.We need as much help as we can get in our battle against the monopoly held by the majors!