Which artists most influence the band’s overall sound?

Foo Fighters, Nirvana, Pearl Jam and Alice In Chains are maybe in the core,  but of course we listen to a lot of different music that plays it’s part. From Billy Joel to the Dillinger Escape Plan. 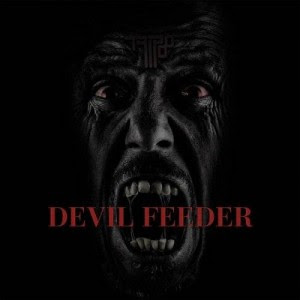 How supportive are the bands in the Norwegian hard rock/ metal scene?

It’s very competative. There are groups of bands that stick together, doing tours and shows together and support each other.

What are the steps that Tripod employs from the beginning to the end of the creative process?

There are different ways we like to work. It can be one or two of us making the entire song, and the rest of rehears it, and we make changes in the rehearsing room. Or we do a pre production in the studio, removing parts, adding parts and so on.

What has been your most memorable time, either live or in the studio?

For me it was listening to members from the Prague Philharmonic Orchestra record their parts on the Devil Feeder album. It was purely magical. And the cheap, GREAT beer they have in Prague!

In a few sentences, why should listeners purchase “Devil Feeder?”

Because it’s an awesome album. And we believe that most of the people who are into music in general will like it a lot. It has the hard stuff, the soft stuff, and everything in between.

“Safe Place” is your latest single. What does it contribute to the spirit of the band?

It’s good to finally show something from the new album. We recorded it in 2013, so we’ve been keeping these songs close to the chest a long time.

How do online (Instagram, Facebook) fans differ from those offline fans that hear your music live or on an album?

Well, if people get to see us live, and they talk to us after the show, it gets more personal of course. And you can end up talking to the same guys for hours. Drinking beer and wake up to a new friend request on Facebook the day after.

It’s always cool to get great comments on social media, but it’s only typed words. Or a “like” or something. It means something, but it can’t compare to the real thing.

We will try to tour as much as possible. We have one tour coming up in January in the US (west coast). In addition to making some demos for our next album.

All of our albums are online. Free streaming on Spotify etc. But of course, we appriciate if people actually buy the albums on cdbaby.com or on iTunes.

Finally, do you have any additional thoughts for our readers at NeuFutur?

Support your local scene! Go to gigs, have fun and may the force be with you!