Gegen den Strich begins Honey Tower’s latest, and the track immediately kicks things into high gears. A strong, thumping beat and a shuffling sound will immediately get fans on the dance floor; there is a narrative here that is weaved deftly through the track. 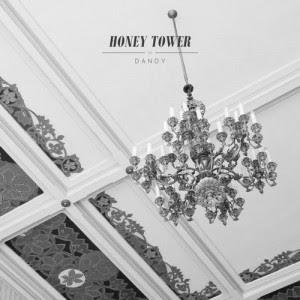 Todd Rocket switches things up considerably. A wobbling, shambling bit of electricity imbues the track with a certain unique quality that will resound loudly in listeners’ ears long after the album has ceased to spin. The rapid shifts to different sounds and styles keeps things fresh as Honey Tower moves into Fin de siècle. Fin de siècle’ tempo gradually swells into a furious, fun set of synthesizers. The common thread of rapid style changes is maintained here, giving fans the energy that they need to make it to Orchid, the final composition on Dandy. Orchid has two separate lines that unite to great fanfare – there is a slinky synth line that sparks whenever the electric / industrial arrangements at the high registers hits it. The track concludes with the same high energy and spontaneous feeling that Honey Tower initiated Dandy with, creating an emphatic end to one of the more alluring albums that we have spun in 2014.

Dandy is an album that has tremendous energy from beginning to end, with a considerable amount of twists and turns that will lend itself well to repeat listens. As one continues to spin the title, they will hear hidden interplays and nuance that had not previously shown itself. Make sure to visit Honey Tower’s domain for information about his releases and samples from his songs, and check out Honey Tower’s Facebook for the latest in the way of news and updates from his neck of the woods.